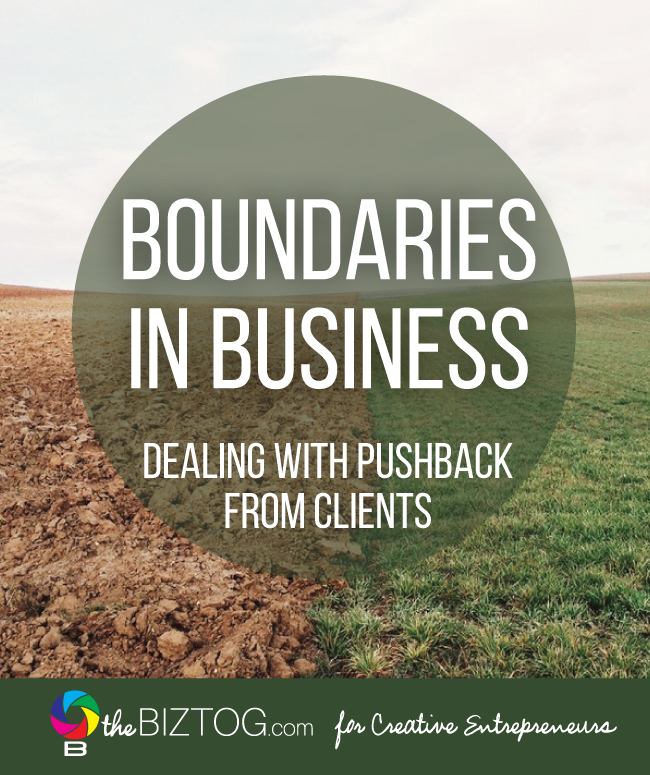 Last week’s post in the Self Care for Creative Entrepreneurs series introducing the Principle of Boundaries raised a great question: How do you deal with client reactions when you begin instituting boundaries?

If you have previously operated your business with no boundaries or less than ideal ones don’t be surprised if you get a little pushback initially.  Education happens through communication.  You are not in an adversarial relationship with the clients that feel like they are taking advantage of you.  Even if it feels like it!

If you have not clearly established a boundary then it is not fair to blame someone for crossing it.

Depending on where the boundary was crossed, one of the easiest ways that I’ve found is to educate clients is by letting them know that you’re changing some of your policies.   Let me give you some examples:

When I first moved to Nashville I was just launching the part of my business that focused on graphic design.  I knew that competition was fierce for freelance contracts.  When I interviewed at a law firm and they informed me that last time this position was open they received over 300 applications I was more than thrilled (and a little surprised!) when I got the contract.  Within a short amount of time I also started an independent contract with a web design company to do design for them on an as needed basis.  I was elated!  When both companies started asking for more and more work that was done after hours, last minute, and on weekends, at first I happily complied feeling lucky that I had this much work.   After 6 months of this I was tired, stressed, and feeling resentful.  I realized that I was giving them much more than we had agreed upon.  My final wake up call was when one of the owners thanked me for my hard work and told me how glad he was that I understood what it took to build a business whereas none of his other freelancers were this dedicated to work under the same conditions.

I had a sudden epiphany that I was operating with no boundaries.  I was only a sub-contractor helping them build their businesses with many responsibilities of ownership but none of the benefits.  Both companies only used me when needed with no guarantee of a minimum number of hours and yet they expected me to treat them like I was an employee with no other commitments.

Was it hard?  Absolutely.

I’ll be honest, I was scared to make those calls.  Terrified is probably more like it.  As a young and inexperienced business owner instead of building castles in the clouds my imagination was conjuring up the worse case scenario in the responses I would receive.  I was scared that I’d lose 2 contracts that amounted to a large portion of my income, that I would get a nasty email in response, that I would be laughed at or labelled as greedy.  As you contemplate setting boundaries with clients I want to give you the honest not-so-pretty thoughts that were bouncing around in my head because I have a feeling that some of the same thoughts may be in yours.  When I faced my fears and contacted both companies I realized my fears were groundless.  The worse thing that could happen was that I lost the contracts which meant that much less stress and enough time to pursue new clients in a business relationship with healthy boundaries.

Was it all worth it?  You bet.

I contacted both companies and told them that my policies for sub-contracting were changing beginning with our next project and gave them the updates.  Some of my changes were minimum notice for projects, night, weekend, and last minute projects would be billed at a different rate.   One of the companies took most of the changes in stride although I had to remind them several times.  The other didn’t respond quite as well.  They honored the policies but slowly started using my services less and less and it wasn’t long before they switched to someone else.  I lost a client but I gained so much more.  Setting that boundary and following through in a professional way was my final jump to me taking myself seriously and treating my design business, my time, my skills and experience with the respect that it deserved.  When I had confidence in myself and what I brought to the table my clients learned to respect and value me.  After that I raised my rates, joined a networking group, and within a very short time was making a lot more money in the same amount of hours with less stress.  The best part was that I loved what I was doing again.   If any of this resonates with you, you can do it too!

9 thoughts on “Boundaries in Business – Dealing with Pushback from Clients” 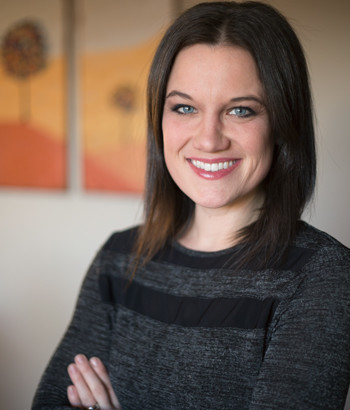 My name is Allison, and I am passionate about helping creative entrepreneurs cast their vision and find their voice through building and marketing their brand and their business. I want you to know, and your clients to discover - that you are nothing short of epic!